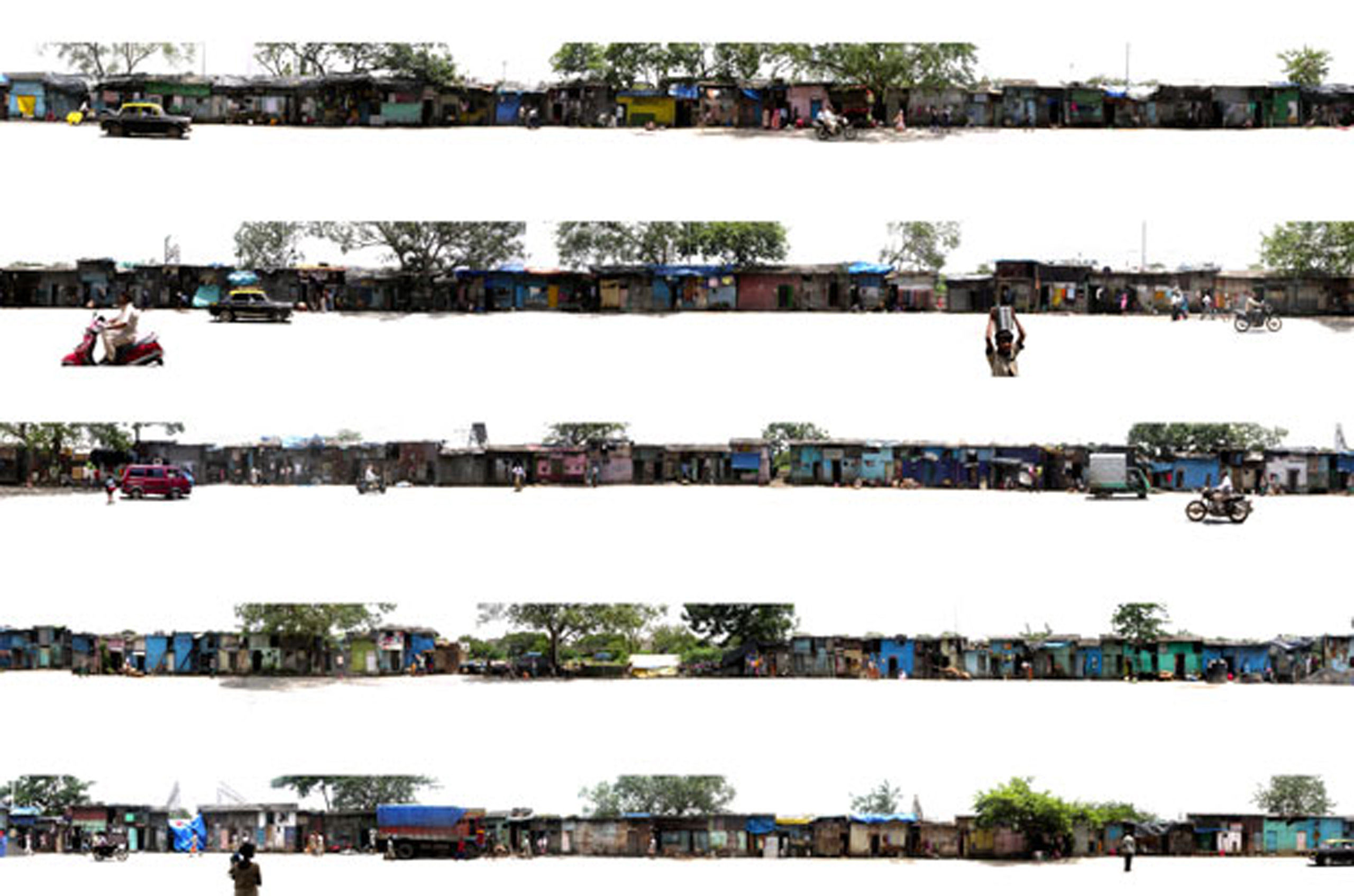 Tulsi Pipe is a stretch of road in mumbai running along the western railway line.
Almost along the entire length of the this road there exists a slum colony. Consisting of the scrap material of the railways, dismantled advertising boards, and cheap construction plastics, one could only call this a slum. The average inhabitant of Mumbai knows this colony only from the blurred, surreal cinematic images that one perceives when traveling on the north south line; a series of distorted images, which doesn’t show anything but chaos, poverty, and dirt.

This living environment is according to the United Nations the daily reality of 900 million people on earth. Every day more and more people live in an environment where scarcity of good drinking water facilites, sanitairy facilities, sufficient living space, and houses with sufficient sustainable qualities. Even more the inhabitants are being structurally isolated from the society. This is sufficient reason to study the Tulsi pipe slum in Mumbai carefully.

Instead of the cinematic flash of dramatic information which occurs when in motion, this research project tries to understand the slum from a frozen image over its 2 kilometer continuous elevation. The image which appears is surprisingly orderly and intelligent. This strip contains in fact a housing typology which is well suited to its situation. It is consistent in its repetition, while giving room for variety.
It could be argued that this slum is in fact the predecessor of an ingenious new urban development full of potential. In this time in which intuition and creativity of individuals and small communities is being ignored, and on an enormous scale, monotone and rigid dwellings are produced, this slum actually provides a chance to generate a whole new urban typology. It would be a typology which enables time to influence its structure. It would allow time for development, to mature in an unpredictable way, which fully adjusts to the means and needs of the moment. Most probably the inhabitants of Tulsi Pipe will never have the chance to prove this. In the summer of 2006 an army of bulldozers demolished a large part of their dwellings.