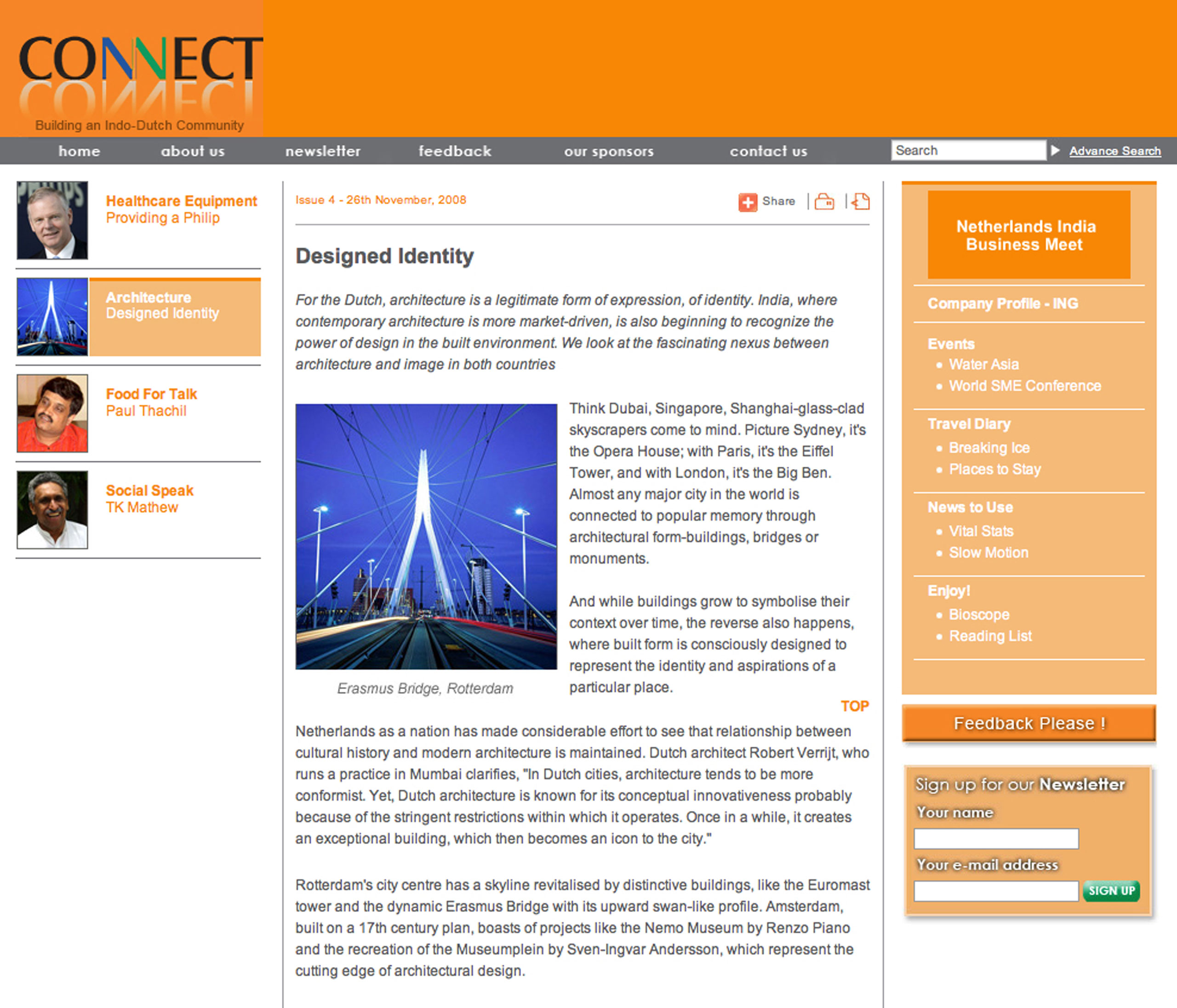 The Saffron Newslettter interviews Robert Verrijt about the meaning of identity in Dutch Architecture compared to the Indian context. For the Dutch, architecture is a legitimate form of expression, of identity. India, where contemporary architecture is more market-driven, is also beginning to recognize the power of design in the built environment. We look at the fascinating nexus between architecture and image in both countries….

Think Dubai, Singapore, Shanghai: Glass-clad buildings come to mind. Picture Sydney, it’s the opera house. With Paris, it’s the Eiffel Tower. With London, it’s the Big Ben. Almost any major city in the world is connected to popular memory through architectural form: building, bridges or monuments. And while buildings grow to symbolise their context over time, the reverse also happens. Built form is consciously designed to represent the identity and aspirations of a particular place.

The Netherlands as a nation has made a considerable effort to see that the relationship between cultural history and modern architecture is maintained. Dutch Architect Robert Verrijt, who runs a practice in Mumbai clarifies, “In Dutch cities, architecture tends to be more conformist. Yet, Dutch architecture is known for its innovativeness, probably because of the stringent restrictions in which it operates. Once in a while it creates an exceptional building, which then becomes an icon to the city.”….