House on a Stream Completed 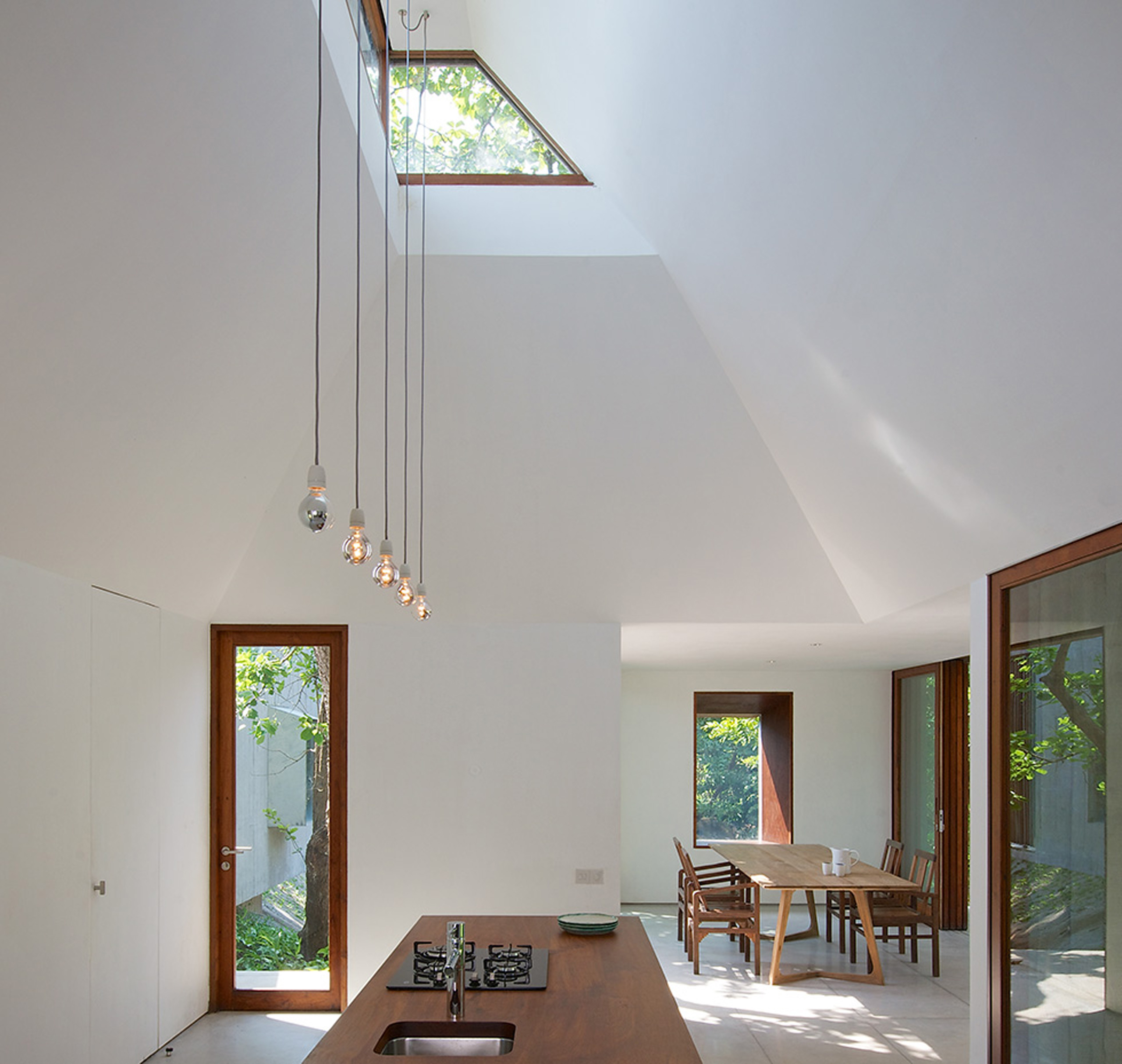 Architecture BRIO completes a house in Alibag, India called “House on a Stream“. With a stream running through the house, this retreat in is delicately woven into the landscape. It alternately opens and closes itself to the different charactheristics of the site. Ian Nazareth writes in his article in the “Australian Architectural Review“:

the house in Alibag “is strikingly brusque, making ideological links with representation and occupation, expressing a deliberate divergence. Contemporary Indian architecture is a response to prototyping culture, internalising diverse principles, while expressing temporary dispositions. Glib generalisations limit the scope for a self-reflexive architecture that expands the terrain of practice. In a context where cultural transformation is more rapid than the architectural process, Robert Verrijt hints at a practice, which is not to refer to a status quo, but arriving at a neutrality where cultural change is anticipated’.

Through reconstitution, the house identifies a pattern of the everyday and rearranges its fabric. While the moves are subtle, its effect can be abrupt, taking a contrarian position to the architecture of the city. Unlike recentiterations of pastiche regionalism, House on a Stream maintains a heterogeneity and wittingly contests conservatism.”