The Sponge Beneath Our Feet 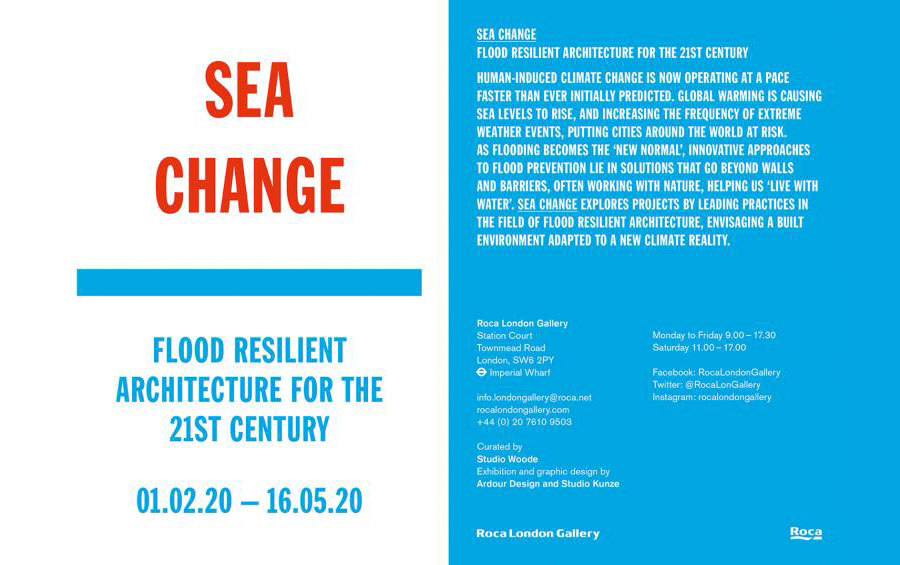 The Etania Green School is part of the new exhibition “Sea Change: Flood Resilient Architecture for the 21st Century” which explores the role architects can play in adapting our cities to a new climate reality. From small-scale adaptations of individual buildings, to city wide infrastructure, using a mixture of man-made and natural solutions, this exhibition presets projects – proposed and realised – that show how we can live with water in our built environment.

In addition to the presented projects the exhibition catalogue presents the voices of four specialists in the field of flood resilience, Iñaki Alday, Henk Ovink, Stig L. Andersson and Robert Verrijt, offering their visions for a built environment in a world where flooding is the new normal. Below you can read Robert’s article:

The Sponge Beneath Our Feet – Robert Verrijt

The Assamese in their stilted bamboo homes knew all along. So did the Indonesian tribes of Sulawesi in their portable houses, and the Goan Portuguese in their bungalows, raised on brick plinths half a floor above ground. Occupying the ground with a structure does not guarantee the land will remain constant. However, something changed in the Age of Exploration. As maps became the language for understanding our environment, land became locked in place and time, and the notion of ‘ownership’ emerged. However, how we located ourselves in space and time remained based on memory and experiences.

With our current dependency on digital navigation, our understanding of land has changed further. We are now accustomed to – and rely on – a constantly updating blue dot on a map, with fixed lines and boundaries, to tell us where we are in the world. But the fixed line between land and water we see on our screens,
in reality is not fixed at all. Google Earth shows buildings and geography in three dimensions, and updates traffic movement in real time, but the oceans and rivers remain fixed, frozen, unflowing.

Rather than envisioning the Earth’s surface as one that is below or above water, we should envision it as a sponge, with varying degrees of wetness.1 Our ability to manipulate that wetness – wring out the sponge – will decrease over time.

In India, 43% of its inhabitants live in fragile coastal areas. 560 million people live along the coast. They do not necessarily live there to enjoy the ocean view, but because it’s the only place where water, livelihood and opportunities exist. Learning to live with the uncertainty and unpredictability of our environment
– as our pre-industrial ancestors had to confront the unknown future – is crucial for survival. The variables we now face are on a scale never before imagined.

Whilst it’s impossible to relocate or rehabilitate the 560 million people living on India’s coast, and all the other coastal communities around the world, changes can be made to how we plan and construct the built environment to make these communities more sustainable.

Water is not the enemy. We rely on it as much as we have to guard ourselves against it. Changing rain patterns will force us to both harvest rainwater to endure longer dry spells, as well as make space for unpredictable excess. Architecture once again has to accommodate fluctuations in climate and weather patterns. In some instances this may mean having to shape our landscape more strategically. In others, it may result in our mode of construction changing from heavy, ground-based buildings, to either a lighter architecture, or one based on buoyancy. All with an increasing awareness that we are living on a sponge.